The Official Jon Savage History of Punk Rock would have you believe it was all Situationism and Art School Theory back in 1976 with the Pistols and Clash… and the side of punk which gets ignored is the unpretentious, custard-pie, speed and blow-jobs brigade; the Damned, the Boys, Vibrators, 999, many of whom had roots in pub-rock or glam and made great, vibrant pop music out of speeded-up rock’n’roll.

Cyanide Pills know all about that side of punk. When it was FUN, pure escapism and high-energy rock’n’roll. “We don’t need no politics to make us dance” sang the Damned on Politics on the appropriately named Music For Pleasure album. (I’m not denigrating the Do-they-think-guitars-&-microphones are just fuckin’ toys side of things, that had its place too, Punk had many facets…).

Damaged Goods too, one of the finest independent record labels left in the UK, sticks to what it knows and loves; punk rock, garage rock and oddball new wave pop, with the emphasis on fun, energy, simplicity…. Billy Childish is on Damaged Goods, the Manics New Art Riot EP was a DG release and everyone from Buzzcocks to Penetration to Armitage Shanks have released some punk rock gems on the label. On coloured vinyl usually.

Leeds five-piece dayglo-punk band Cyanide Pills are a comparatively recent signing and this is their second LP following a brace of brightly-coloured singles. The first thing you notice is the artwork. Its, primary-colours, garish style, paying tribute to various X-Ray Spex and classic punk sleeves.

They dress the part; all skinny jeans, bumper-boots and t-shirts their song titles echo the obscurer punk classics Lock Up ; (Eaters Lock It up) and Can’t Get It Up ; the Snivelling Shits I Can’t Come ) and they sound exactly like a 1978 “plastic punk” band….

I met my first punk bore when I was 12 or 13 in 1978. He must have been 18 and told me how he’d seen the Pistols live and how they were REAL and most other punk bands and kiddy punks like me were “plastics”. I thought he was a dick at the time as he had just got off his moped and was changing out of his waterproofs to reveal his leather trousers and German army jacket. His bleached and green spikes were suffering from a bit of helmet-hair as well…. But I did envy him having SEEN THE PISTOLS and wondered exactly what one had to do to graduate from Plastic Punk to Real Punk status.

By the same token, Boomtown Rats, Plastic Bertrand, most of the Stiff Rosta, Generation X etc were deemed Plastic Punks rather than “the real deal” by many… not that it mattered then as long as the records were good and it doesn’t really matter now except to hipper than thou punk collector-scum obsessives… like er me.

The kind of punk / new wave the CPs specialise in is the Plastic Punk end rather than the Real Punk variety; Bands like 999, the Boys, Neon Hearts, the Vibrators, the Wasps, the Members and so on. The so-called also-rans. Bands that made some absolutely priceless, awesome records, played blinding gigs down the Roxy and had varying degrees of longevity and subsequent success

In retrospect it was bands such as ATV the Slits, Subway Sect, the Fall and the Prefects who were the truest of true punks; self-taught, forward-thinking, trail-blazing and dismissive of stardom and compromise.

However, the first Generation X album for example is still a stupendous piece of work despite them being pin-ups and a favourite with girls.

Naivety was as big a part of punk as was novelty, marketing and image-making and I cant help feeling that Cyanide Pills don’t have that naivety, they are too knowing. They know their history. They know exactly what they are doing; songs about girls and goodtimes with the occasional cartoon reference to politics / boredom, the punk staples. Their motivation though is surely not money & fame, so it must be love of the whole ethos, look and sound. They must mean it man or else they’d be a boyband.

But maybe, just maybe, like Chumbawamba or the Hives, they could make that breakthrough in the dreaded mainstream. TV, radio, the charts ……the odds are against it, but it could happen. A song on a TV series set in the late 70’s would be all it would need.

Their love of the Heartbreakers is summed up in Johnny Thunders Lived In Leeds; which is a beautiful piece of juxtapositioning. “I’m a Yorkshireman not a New York Junkie” sings Phil mixing up local landmarks with the squalid glamour of Thunders life.

Politics only rears its ugly head in songs like Up Against the Wall in cartoon-form when politicians are lined up alongside celebrities, overpaid footballers and the like.

Teargas is a glam-punk love song set in a riotzone but the seriousness is kept to a minimum with lines like “When I saw her in the crowd I was getting quite aroused til the water-cannon hosed me down. I’m not cryin’, its just teargas in my eyes…

Don’t Turn Right is the most subtle yet explicit anthem politically and a great song to boot, and to dance to.

Apathy and Formica could easily have been novelty-punk hit singles in 78 or 79 and the Boomtown Rats are a surprisingly noticeable influence on a couple of songs (as are the Boys, Vibrators and others but it matters not as this is just great, high-energy, infectious pop-music…

The Seventeenth and final track Never Gonna Give It Up is their manifesto and appropriately the guitar kicks like a young James Dean Bradfield.and the first words are “Call me a total prick..!”
It is a magnificent closer to an album which is so perfectly out of time and out of place in 2013 that it fits right in. The most beautiful retro-replica of the time when the provinces fell in love with what it thought was the future; rock’n’roll that was full of sex and fun and energy and humour and meant something and nothing at the same time; The contradictory glorious mess that was pop music trying to redefine itself as punk rock.

Buy the album from here.

All words by Ged Babey. You can find more by Ged on Louder Than War here. 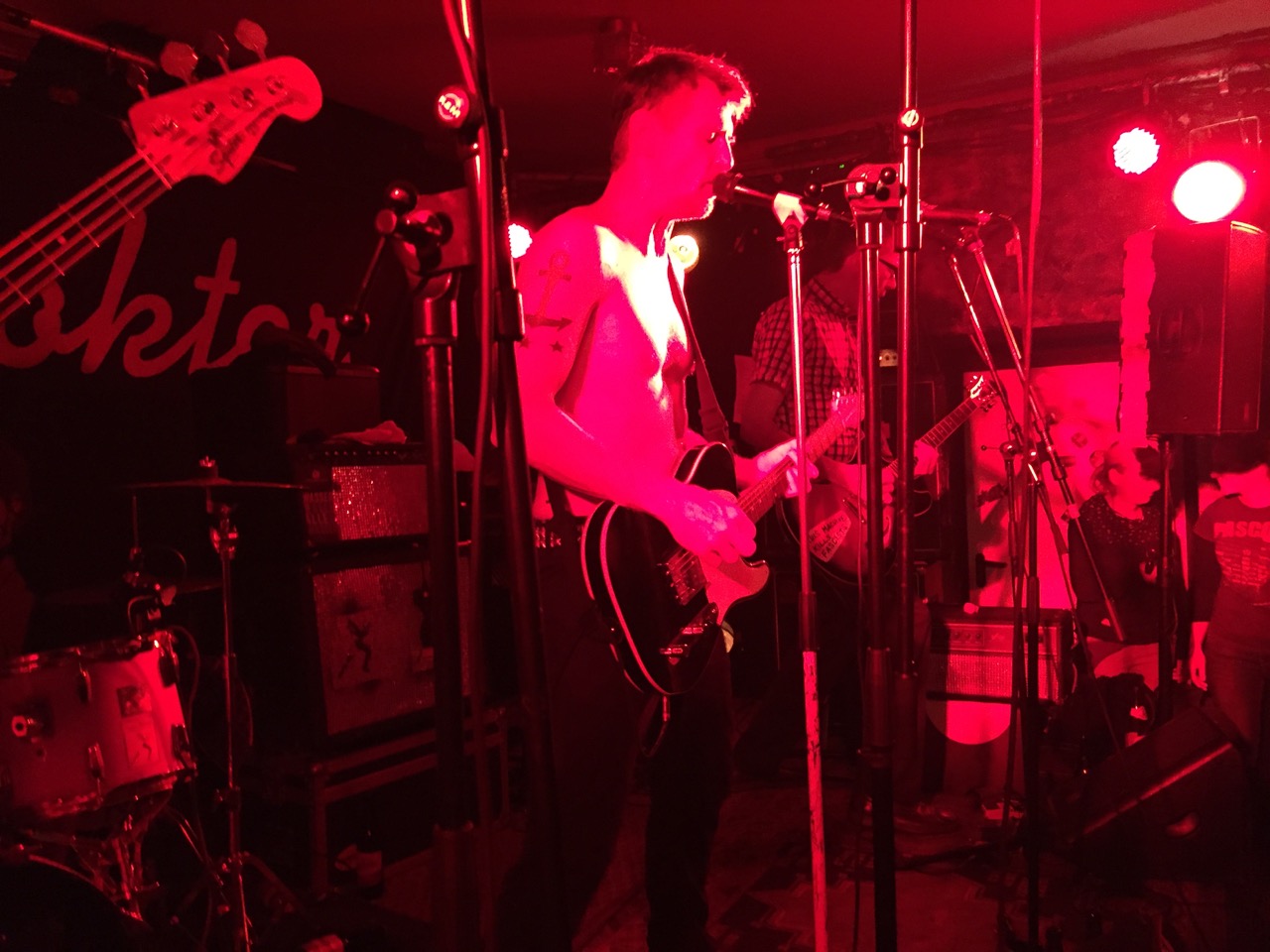