An interview
with…
Cyanide Pills

Man, I love the Cyanide Pills. They manage to put a splash of neon across the otherwise grim cobbled streets of Leeds in the cold wet north of England with their buzzing two minute power-pop punk explosions. I love the fact that they are proud of their outpourings and press up one 7” of hot coloured plastic after another to keep the vinyl fiends happy. It’s kind of easy to describe their sound and read into their influences from the punk world of say 77-79, but that does their style a disservice as when you have a proper listen, there is so much more going in beneath the surface. A tour of the new album uncovers a big range of sounds pulled into a coherent album that
hits the nail on the head creating the perfect punk rock album for today. I recently caught up with singer Phil Privilege and fired a couple of questions his way, cheers Phil!

It’s taken you a while to come up with the second album, what have you guys been up to in between records?
Nearly two years! To be honest we only wanted to do one album and when it was finished we thought that was that. Then Damaged Goods asked for another which was a surprise. So we did another.
The lyrics on the new album are pretty interesting, are there any you are especially proud of ? Can you tell us a little about the track “Don’t Turn Right” and what that is inspired by?
Right-wing parties alway gain ground, get more support in times of hardship, spreading hate, fear, paranoia and blame. I wish people would wake up and realise who the enemy is. They love it when we are divided, when we fight amongst ourselves, keeping us distracted while they continue to destroy the planet, keep the starving hungry and the wealthy in charge. I’m not political, I hate politics, all politicians are useless.
The UK punk scene seems quite fractured these days, how is it for you guys? Do you have places you do particularly well? Other places that you struggle?
There are punk rockers in every town, we do alright anywhere we go. We don’t mind if we play to 2 or 200 people.
And who are your peers, here and abroad?
Peers? We loved The Briefs, they spurred us on really. Americans writing great english sounding punk rock, we had to try and address the balance. Don’t think we have managed it yet but we will keep trying. All the great Punk rock and power-pop bands from 77 78 79 you name em we have ripped em off !
You fellas do well in Germany, how has that come about ?
A guy named Paul North came to see us supporting The cute lepers in London, he said “you have to go play in Germany its fucking great”, we said “ok” so he took us over in his van. He was right Germany is great.
They got the ‘suss’ Vinyl releases seem to be far more important to you guys than CDs, are you fellas record collectors? What’s the appeal of having your stuff pressed onto record?
Vinyl is what Damaged Goods is all about. (although our stuff is available on compact disk and download). Since I was a kid I wanted to put out a record on coloured vinyl. Thanks to Ian Damaged that ambition has been fulfilled many times over! Everyone knows vinyl sounds better don’t they?
You have a couple of tours coming up, are you playing with anyone special? Any dates in particular that you are looking forward to?
Yes we have a few dates here in the UK, then we are supporting The Adicts in Germany + a few of our own shows as well. Looking forward to it all. Come and see us.
Your guitarist lives in Norway, how does that affect the band?
It makes rehearsing a little tricky. But as they say in Norway: Faen øve, vil det være i orden på natten!
M 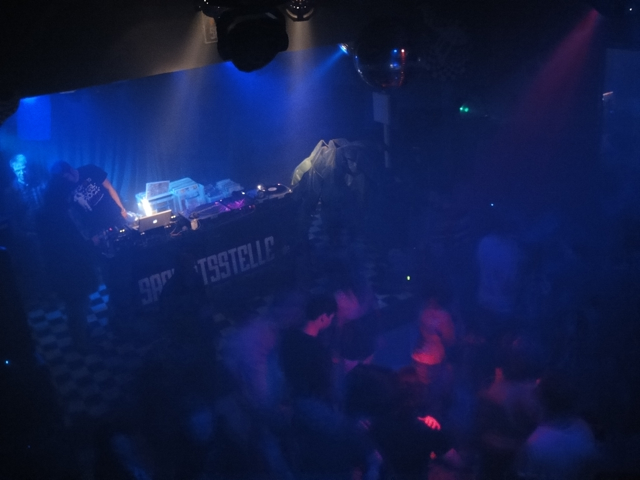